Ancient Greek Culture Through the Journey of Chateaubriand

Ancient Greek Culture Through the Journey of Chateaubriand

See Greece through the eyes of French writer and traveller, François-René de Chateaubriand!

In Greece everything is smooth; everything is softened; everything is as full of calm in nature as in the writings of the ancients. One almost sees why the architecture of the Parthenon possesses such happy proportions, why ancient sculpture is so little troubled, so peaceful, so simple, when one has seen the clear skies and graceful landscape of Athens, Corinth and Ionia”–
François-René de Chateaubriand

One summer morning, on the 10th of August 1806, a boat coming from Trieste dropped anchor off the coast of Methoni, in southern Peloponnese. A lonely passenger, wrapped in a long cloak, was standing on the bow staring at the distant land with a dreamy and impatient look, ready to disembark. In front of his eyes he saw a medieval town surrounded by half-ruined Gothic fortifications. “Not a boat in the harbour, not a man on the shore: everywhere silence, abandonment and neglect.” When he reached the shore he was greeted by a group of locals who all spoke at once and asked a thousand questions trying to understand who this enigmatic stranger was and why he was there.

This stranger was a restless, romantic dreamer and an adventure seeker, François-René de Chateaubriand, a French aristocrat and writer who had left Paris a month ago, with the dream to chase experiences and images of another era. What he wanted to see in Greece was Sparta and Athens, the two famous and rival cities of Greek antiquity. The impressions that he gained through this journey are included in his book “Record of a Journey from Paris to Jerusalem and Back”, a unique book that gives a really captivating account of Greece on the eve of the revolution against the Turkish occupation.

During the 22 days he spends in the Peloponnese and Central Greece, Chateaubriand is fascinated by ancient Greek culture and the Greek landscape. In every place he visits he is constantly searching to see the faces of Leonidas, Lycurgus, Themistocles etc and to relive the glory and splendour of Greek antiquity. Let’s take together this journey following in the footsteps of the romantic French writer François-René de Chateaubriand and explore the cities and the archaeological sites he visited. 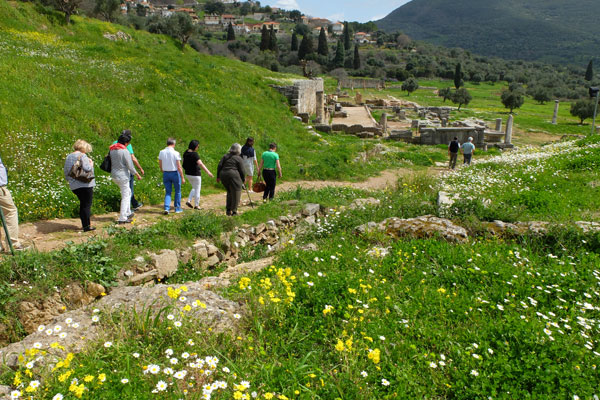 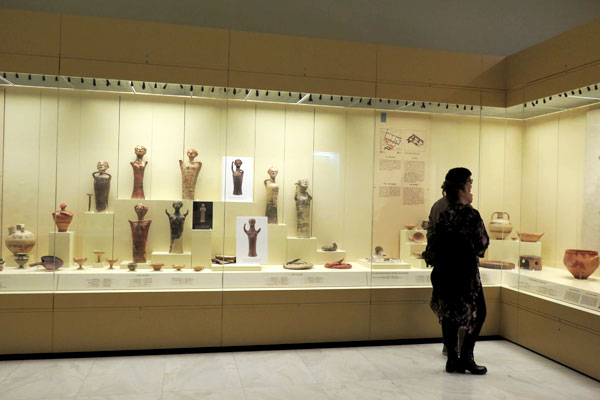 Following the footsteps of Chateaubriand we leave Athens and visit Ancient Corinth, which is at the crossroads between Central Greece and the Peloponnese, and between the Corinthian and the Saronic gulfs. Corinth used to be one of the places that almost every traveller would cross on his way to Istanbul or to the Holy Land. The continuation of our quest brings us to the archaeological site of Mycenae, the kingdom of mythical Agamemnon and the richest palatial centre of the Late Bronze Age in Greece. Palatial complexes, Cyclopean walls, the famous “Tomb of Agamemnon” (also known as the “Treasury of Atreus”), huge arches, fountains and ramparts comprise one of the greatest architectural complexes known to the ancient world. Mycenae have been rediscovered in the 17th and 18th century by European travellers who explored Greece, its monuments and its treasures. In 1876 Heinrich Schliemann brought to light the royal vaulted tombs, the Treasure of Atreus. Leaving behind the cyclopean fortifications and the vaulted tombs of Mycenae, we set off to find the Lion of Ancient Nemea and the endless vineyards of the region. We visit a local winery and taste local wines and products. After Nemea, we head towards Messenia and the city of Kalamata, where we have dinner and overnight.
2

We begin our day in the breathtaking medieval city of Mystras, that used to be the capital of the byzantine Despotate of Morea and the Paleologos dynasty. Built in a beautiful landscape on the slopes of mount Taygetos, this tower city is full of old medieval buildings and byzantine churches with impressive frescoes. Wandering through its cobbled pathways we explore it’s unique architecture and natural beauty. The view to the Laconian plain and mount Parnon from the castle of Mystras is unique. When Chateaubriand visited Laconia to see Ancient Sparta, he was stunned by the greatness of Mystras. Sparta is our next stop where we will have a short stroll in the city, we visit the archaeological site of Ancient Sparta. We have a short break for lunch in a traditional taverna and after lunch we take a tour to the Museum of the Olive and Greek Olive Oil and learn how the cultivation of olives and production of olive oil is connected to Greek everyday life throughout the centuries. Late in the afternoon we head back to Kalamata.
3

We leave Kalamata in the morning and head towards Koroni, to see the Castle of Koroni and walk through the narrow streets until we reach the picturesque harbour. Our next stop will be Methoni, another lovely small town with a remarkable castle built at the tip of the peninsula of Methoni. Here in 1806 Chateaubriand disembarked from a ship starting his adventurous exploration of Greece. Leaving Methoni, we reach Pylos, a picturesque small city in the west end of Messinia. We explore the Antonopouleion Archaeological Museum of Pylos and stroll around the town to admire Niokastro, the castle dominating the city, and the beautiful two-storey neoclassical houses, that give the city an Ionian style. In the afternoon, we return to Kalamata for a walk in the old part of the city and a gastronomic experience with traditional Messinian food.
4

Crossing the Messinian land through fields of olive trees, we arrive in the archaeological site of Ancient Messene, a city built in 370 BC by the Theban Epameinontas. This city developed into an important cultural center of Messinia until 395 AD, when it was destroyed by the Goths. The Ancient Theatre, the Ekklesiasterion, the Asclepieio, the Temple of Artemis, the fountain of Arsinoe, the imposing Stadium and the Gymnasium, the Odeon and many other monuments testify to the wealth and size of Ancient Messene. The next city we will visit is Tripoli in Arcadia on our way to Tegea. Here Chateaubriand visited the Turkish Bey of Tripolis to obtain a permit to continue his trip to Athens. Our next stop will be the ancient city of Tegea, one of the four city-states of Ancient Arcadia. Here we admire the remains of the ancient temple of Athena Alea at the village of Alea and the Byzantine church of Palaia Episkopi (10th century AD) which was built on top of an ancient theater. Before starting our return trip to Athens, we have lunch at a traditional taverna. 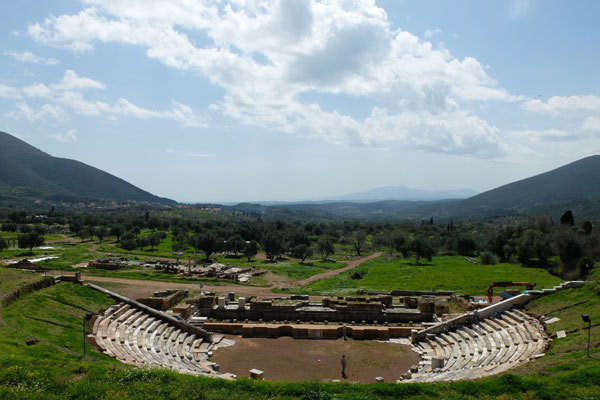 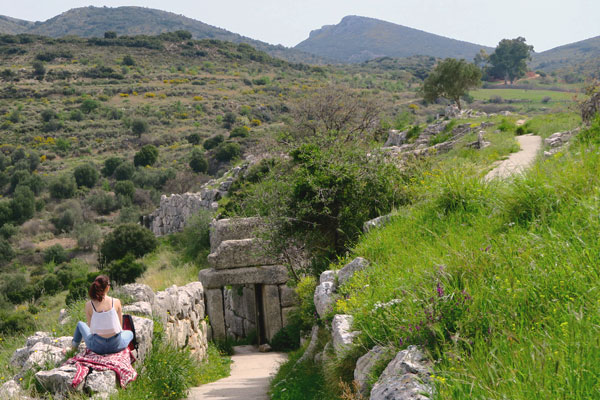