On the trails of Patrick Leigh Fermor in Mani and Crete

On the trails of Patrick Leigh Fermor in Mani and Crete

Follow on the footsteps of Patrick Leigh Fermor exploring the Mani peninsula, in Southern Peloponnese, and the island of Crete, to find a little of the magic that had attracted him in Greece.

The British travel writer, scholar and soldier, Patrick Leigh Fermor, has explored almost every corner of Greece and was enchanted by the landscape and its people. He has lived strong and exceptional experiences, he explored the most remote villages of the country and became acquainted with the Greek soul. He has “breathed” the air of ancient Greek history, but he also became part of modern Greek history, as the protagonist of an adventurous kidnapping in the steep mountains of Crete. He loved Greece so much, that he decided to settle down and live the last years of his life in the beautiful region of Mani.

During this journey, we follow on the footsteps of Patrick Leigh Fermor exploring the Mani peninsula, in Southern Peloponnese, and the island of Crete, to find a little of the magic that had attracted him in Greece. Starting from the picturesque villages of Mesa Mani and Areopoli, we follow the road that Fermor took during 1952 exploring the wild beauty of Mani. We visit the house where he lived for several decades in the village of Kardamyli, we follow his trail in Exo Mani to discover the exquisite beauty of the old Byzantine churches and we get to meet the people who were close to him until the last years of his life.

We then take a boat from Gytheio to the island of Crete where we follow on the trails of Fermor, in the mountains and villages where he lived and fought as a soldier and member of the resistance to the German occupation during World War II. On this tour we also visit the places where in April of ’44, Fermor along with Captain Bill Stanley Moss and Cretan resistance fighters led the kidnapping of German commander, General Heinrich Kreipe. We end our journey by travelling by boat from Heraklion to Piraeus in Athens.

– Explore the picturesque villages of Mani: Kardamyli and Areopoli
– Visit Patrick Leigh Fermor’s house, in a small village near the sea
– Discover the byzantine churches of the 13th century in Nomitsi
– Stroll through the old city of Kalamata and its Castle
– Explore the Cretan cities of Chania, Rethymno and Heraklion
– Discover the villages where Fermor fought as a soldier in Crete:
Archanes, Anogeia and Psiloritis mountain
– Visit a historic farm that was used as a base by British soldiers and Cretan resistance

Photos of the places we visit during this cultural tour 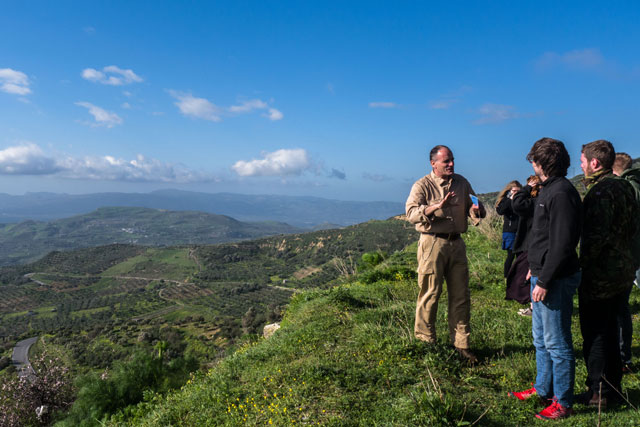 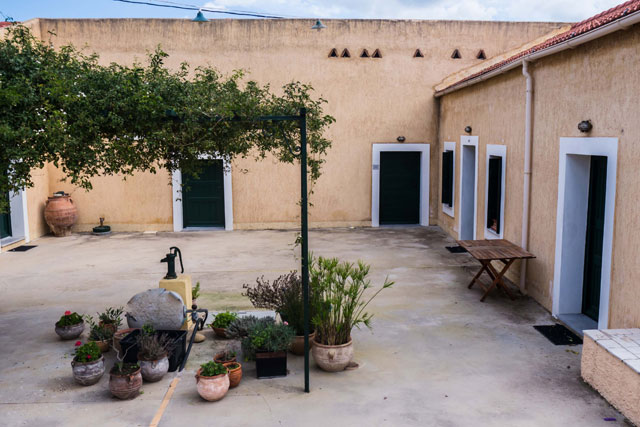 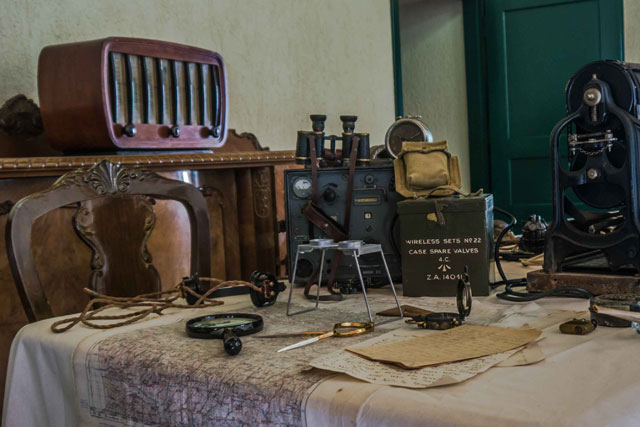 We leave Athens and begin our journey heading south towards Kalamata, the capital and central port of Messinia, situated at the site of ancient Farai. We take a short walk at the old part of the city to enjoy its picturesque ambience and see the Castle of Kalamata. We continue our tour to the picturesque village of Kardamyli, where we visit the Tower of Mourtzinon, that belonged to the last “captain” (local lord) of Mani and is a typical fortified house of Messinian Mani and then have some free time for lunch. Our next stop is the house of Patrick Leigh Fermor in Kalamitsi, a small village by the sea, where we have a guided tour inside the house that he spent the last years of his life. Leaving Kalamitsi behind we head south to the village of Nomitsi to admire Byzantine churches with interesting architecture, fine art paintings and impressive frescoes. We continue for Areopoli where we settle in our hotel and have some free time to taste authentic local food of Mani. We spend the night in Areopoli.
2

In the morning we take a short walk in the picturesque village of Areopoli to admire the stone built towers and taste traditional bread and whole-wheat crusts made in a 180 years old wood fired oven. We continue our tour to Gytheio, a small fishing town in the Laconian Mani region, where we have some free time to stroll through the narrow alleys with the neoclassical houses built amphitheatrically on the slope of Akoumaro Mountain, before we board on the boat to reach Crete. In Crete we spend our first night in the city of Chania.
3

We start our day with a walking tour in the town of Chania where we get to see the Venetian fortifications and the port with the old shipyards and the fortress of Firka. Our next stop on our way to Rethymno city is the Commonwealth War Cemetery in Souda bay, a beautiful and tranquil spot which is the last resting place for 1,527 of the known 2,000 British Commonwealth soldiers who lost their lives in the Battle for Crete between May 20th and 31st, 1941. Crossing the prefecture of Rethymnon before we reach the city we will see the battlefields where Australians and Greeks fought together in their effort to prevent the Germans from taking over the city of Rethymnon. Our next stop is Rethymno, where we have a walking tour in the old town exploring its narrow alleys and the Venetian port and have some free time to eat traditional Cretan food in one of the restaurants at the town's harbour. After lunch we leave for Heraklion city where we settle into our hotel and have free time to enjoy the city. We overnight in Heraklion.
4

We start our day with a walking tour in the old city and the port of Heraklion exploring the various corners of the city through the prism of the historical events which took place at the time of the Second World War. After a short break enjoying our morning coffee in one of the traditional coffee shops of the city, we continue the day with a guided tour in the Historical Museum of Crete where we see the permanent exhibition dedicated to the historical period of World War II which includes audiovisual documents and personal accounts by people who participated in the war in Crete at that time. The rest of the day is free to enjoy the city at your own pace. We spend a second night in Heraklion.
5

Day 5: The abduction of General Kreipe

Today our day is dedicated to the historical event of the abduction of General Kreipe. We depart in the morning from our hotel to visit the town of Archanes where the German General had his administrative office. We visit the point where Fermor and his team abducted Kreipe and from there we follow the route the kidnappers took heading towards Anogia and Psiloritis mountain. At the imposing Psiloritis mountain we will have the chance to see some of the places that were used by resistance groups as hideaways. Reaching the Nida plateau at 1,300 meters altitude we will visit the Ideon Andron, the cave where, according to Greek mythology, Zeus, the Greek god, was born and raised. From this plateau the group of Kreipe's kidnappers started climbing the mountain of Psiloritis with the aim to reach the southern coast and board on a boat to escape to the Middle East. Continuing our tour we visit various places where the kidnappers were hiding the German General and we explore the historic village of Anogia which was completely destroyed by the Germans in August 1944. There we have some free time to enjoy authentic Cretan food. Early in the afternoon we visit a historic farm which was used as a secret meeting place by Cretan resistance fighters and British secret services officers, where we see material and equipment used by the allied secret services. Late in the afternoon we return back to the port of Heraklion, where we board the ferry to Piraeus.
6

Early in the morning we reach the port of Piraeus where our cultural trip on the trails of Patrick Leigh Fermor is completed. If requested we can arrange for you to be transferred to central Athens.

Photos of the places we visit during this cultural tour 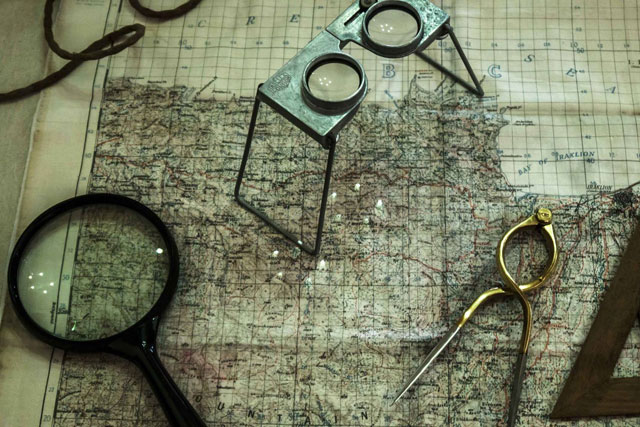 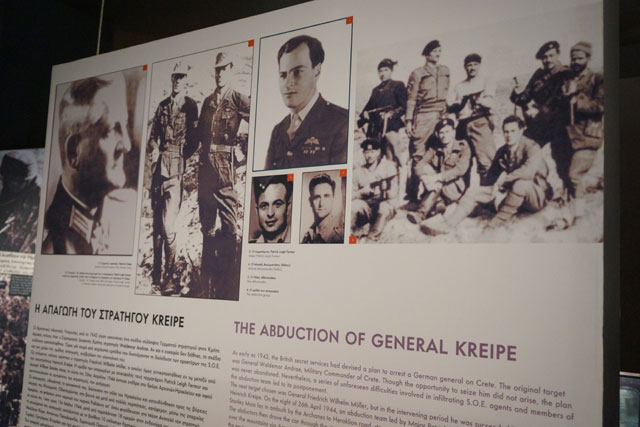 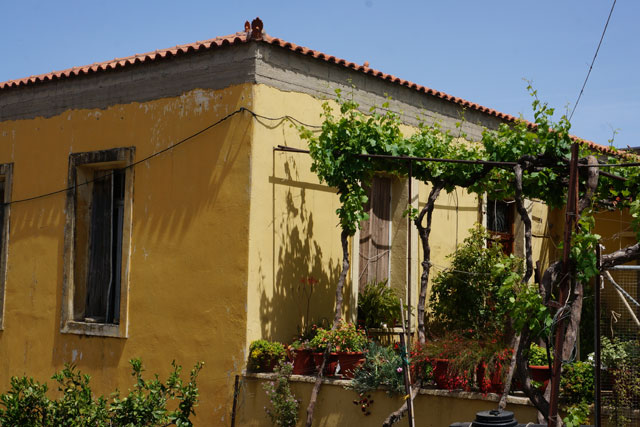 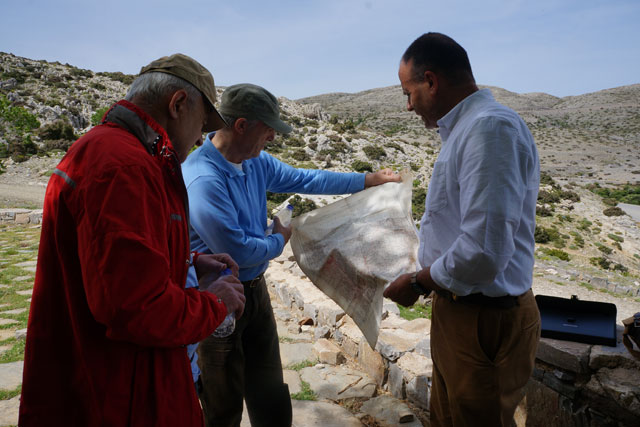 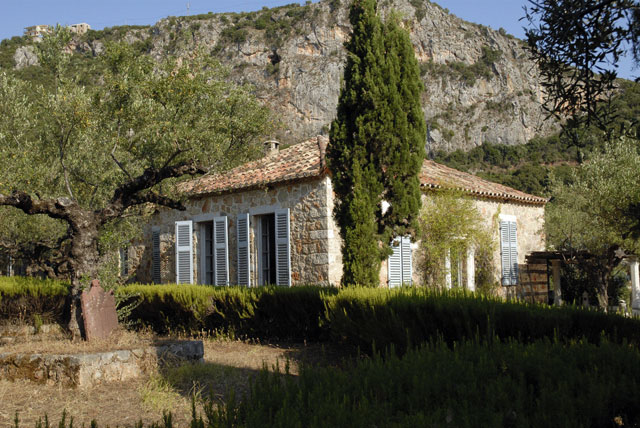 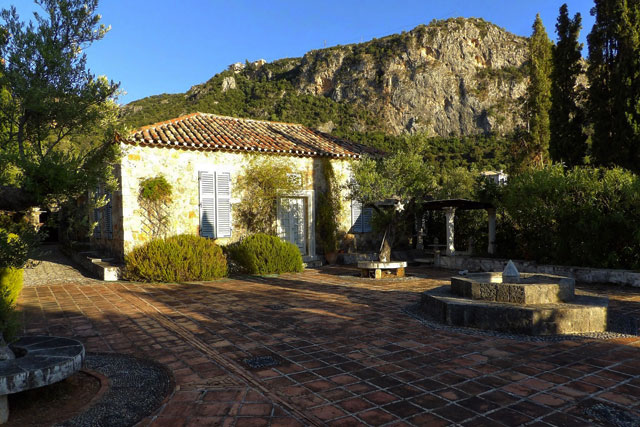 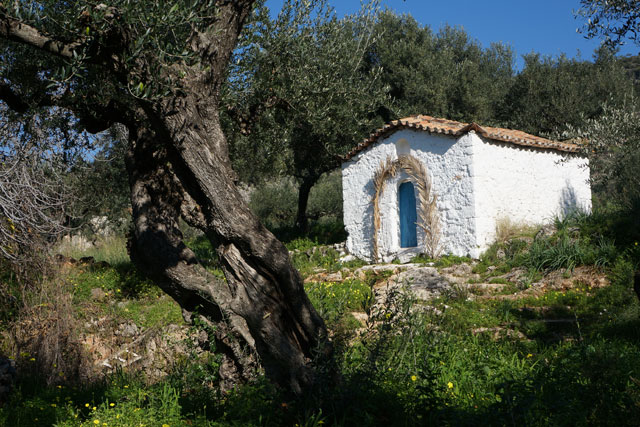 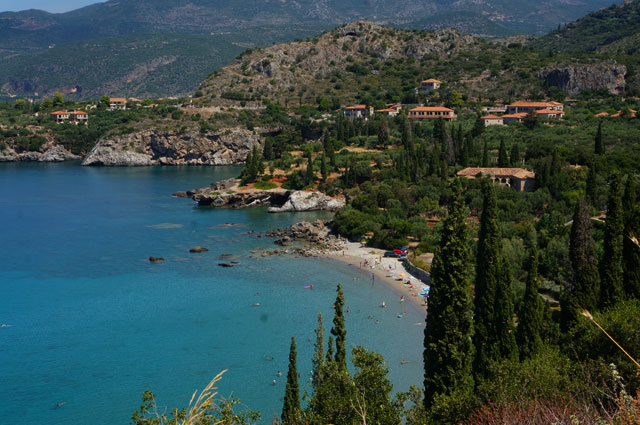 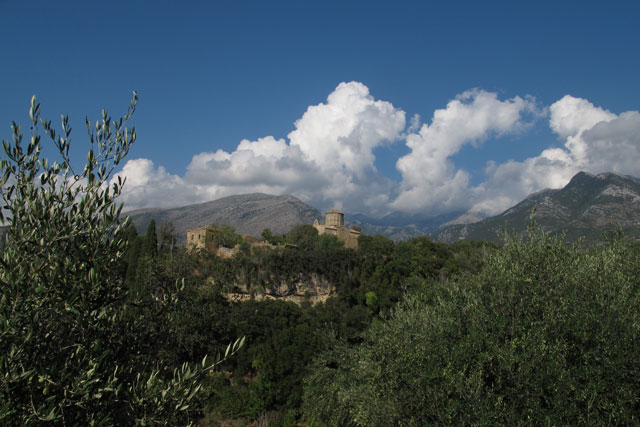