Round trip to the ancient sites and theatres of Epirus

Round trip to the ancient sites and theatres of Epirus

Ancient Greek drama thrived in Greece between the 6th and 2nd century BC. Tragedy, comedy and satyric drama were the three theatrical genres performed in ancient Greece during the festival of Dionysus, an event held in honor of the famous God of wine, festivity and ecstasy. Every ancient city-state had its theatre, and theatrical performances were considered “the mass media” of their time.

Our journey to Epirus, reveals a historic timeline of the region, leading us from the Mycenaean era (oracle of Dodona devoted to Mother Goddess and oracle of the Dead, or “Necromanteion”), and the classical period through a cultural itinerary to the three ancient theatres of Epirus (Dodona, Cassope and Amvrakia), to the Roman period’s ancient city of Nicopolis. Along with the rich cultural heritage of Epirus, travelers will discover a crossroad of civilisations and landscapes between the Pindos mountain range and the Ionian sea. Castles, monasteries, arched bridges, stone-built villages and natural beauty blend in harmony to offer an unforgettable experience.

This cultural trip is suitable for families with children.

Special activities for children in the archeological sites by a specialized guide: An educator presents a set of fun activities such as an interactive game about the oracle of Dodona, an educational activity representing the daily life of the residents of Cassope or an activity on the art of creating mosaics in Nicopolis.

– Visit the beautiful cities of Arta, Ioannina and Parga
– Explore the ancient Theatres of Epirus: Dodona, Ambracia, Cassope, Nicopolis
– See the site of Oracle of the Dead “Necromanteion”
– Admire the natural beauty of the historical river of Acheron
– Explore the Roman City of of Victory, Nicopolis, and its magnificent Museum 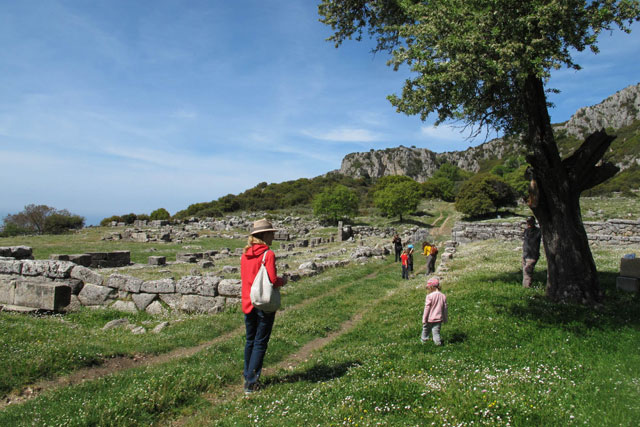 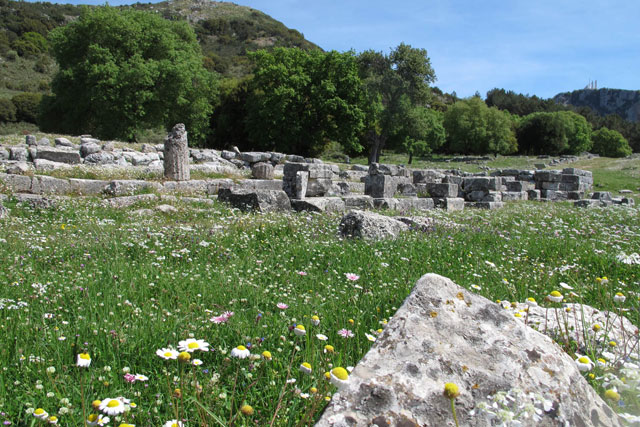 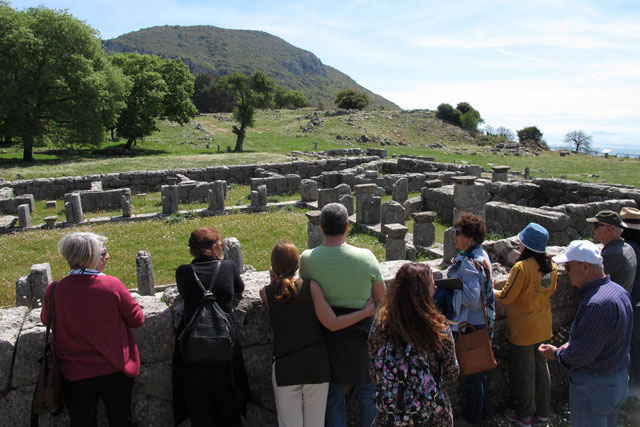 We begin our journey from Athens driving west through the northern coast of Peloponnese, until we cross the bridge of Rio taking us to the town of Antirio. After a short break we head to the north, passing by the National Park of Messolonghi-Etoliko lagoons, where the Patraic gulf meets the Ionian Sea. We arrive in the city of Arta that was known in ancient times as Ambracia. We explore the ancient theatre of Ambracia, which is hidden in an alley inside the city of Arta and is one of the smallest ancient theatres that has been discovered in Greece. We also see the impressive medieval bridge over the Arachthos River, the famous Bridge of Arta, we visit the Byzantine church of Agia Theodora and the imposing church of Panagia Parigoritisa, one of the most important Byzantine churches in Greece. After a delicious meal in a traditional local restaurant we depart for the city of Ioannina, the capital of Epirus, spreading out around beautiful Lake Pamvotida, where we spend the night.
2

Ioannina was established in the 6th century AD by the Byzantine emperor Justinian. It was always a multicultural city dominated mostly by Christians, but with Ottoman, Islamic and Jewish influences, a coexistence which is evident even today. We spend the morning in the city and enjoy its relaxed pace and beautiful sceneries. We visit the imposing castle of Ioannina, the oldest Byzantine fortress in Greece with significant influence over the history of the town and we have a short stroll on the banks of beautiful Lake Pamvotida. Later we explore the traditional coffee shops of Ioannina and taste the delicious local sweets, the famous ‘sker bourek’, or ‘sugar pie’, the exceptionally delicious baklava and other local syrup pastries. We also get acquainted with local tradition of silversmith’s art and admire the silver ornaments, the delicate earrings, the intricate chains, the ornate buckles, that are sold in the town’s jewellers’ shops. We continue our day in Dodona, the ancient sanctuary and oracle of Zeus, which according to Herodotos was ‘Greece’s most ancient city’. Dodona was a major spiritual place in ancient Greece, the oldest of the Greek oracles. Ancient people would travel great distances in order to consult the priests. Outside the temple of Zeus the priests gathered under a sacred Oak tree and glimpsed into the future by listening to the sound of the leaves as they shivered in the breeze. People from the entire known world would make the pilgrimage to Dodona in order to consult the future-telling Oak tree and to attend cultural festivals that took place regularly there. During our tour in the site we explore the well-preserved Hellenistic Theatre and the foundations of the Hiera Oikia (Sacred Home) that stood next to the sacred oak, as well as the traces of the ancient stadium. We continue our journey towards Igoumenitsa and Parga, through the mountains of Paramythia along the Ionian Sea. We have dinner and stay for the night in Parga, a small town built amphitheatrically along the slopes of the mountain, offering thus a beautiful view to the sea.
3

Day 3: Ancient Cassope & Oracle of the Dead or “Necromanteion”

Today we visit the ancient city of Cassope, which was built in the middle of the 4th century BC at the slopes of Zalongos mountain. It is considered one of the best remaining examples of a city built along the lines of a Hippodamian plan in Greece, an urban plan based on streets intersecting at right angles. The city walls, the theatre, the odeon, the agora, the prytaneion, the temple of Aphrodite are some of the sights that we will see. Our next stop is the Necromanteion, believed to be the doors to Hades, the place of the dead. Labyrinth halls and underground tunnels were leading pilgrims to the central chamber, where they could have their future told by talking to the dead. Nearby are the banks of the beautiful river of Acheron, known as one of the five rivers of the Greek underworld. The river springs from the village Glykí at an altitude of 1.600 metres in the mountains of Souli and pours in the area of Ammoudia on the Ionian coast. We visit the village of Ammoudia and take a small boat ride in the river to admire the endless landscape of natural beauty. Late in the evening we depart for Parga, where we have dinner and stay for a second night.
4

Day 4: Roman city of Nicopolis and return to Athens

Nicopolis, the City of Victory, was founded in 31BC by the Roman Emperor Augustus Octavian following his victory in the naval battle of Actium against the combined forces of Marcus Antonius and Cleopatra. The archeological site today represents the largest Roman city in Greece. We will be astonished by the fortification walls, the Theatre, the Odeon, the Monument of Augustus, the Stadium and the well known Nymphaeum. We will also visit the newly built archeological museum of Nicopolis, to admire the impressive statues and learn about the history of this victorious city. After lunch we start our return trip to Athens. 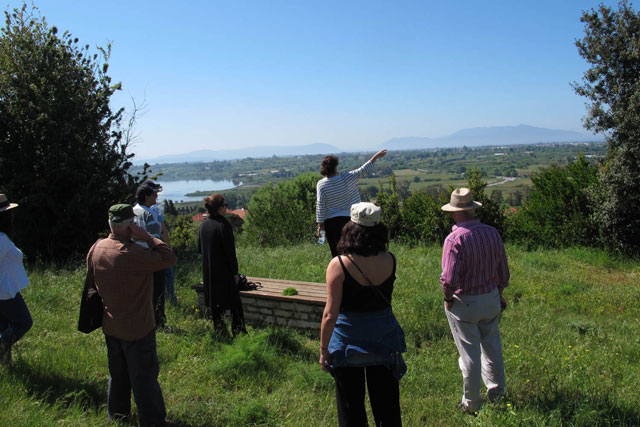 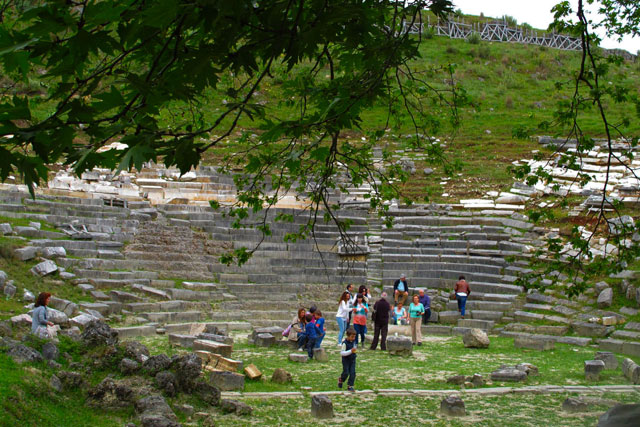 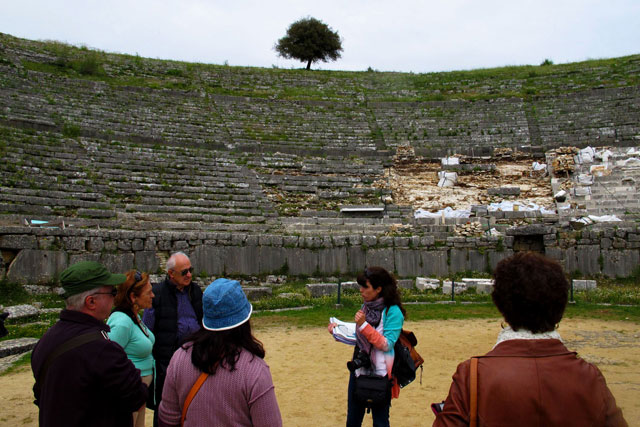 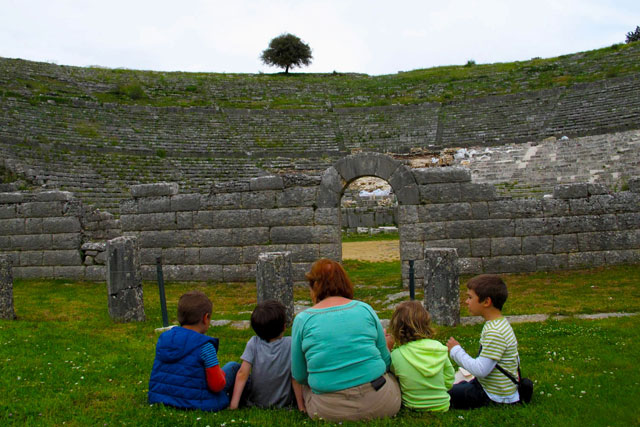 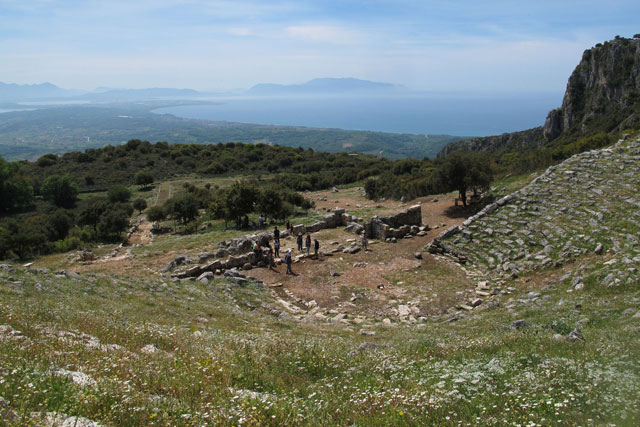 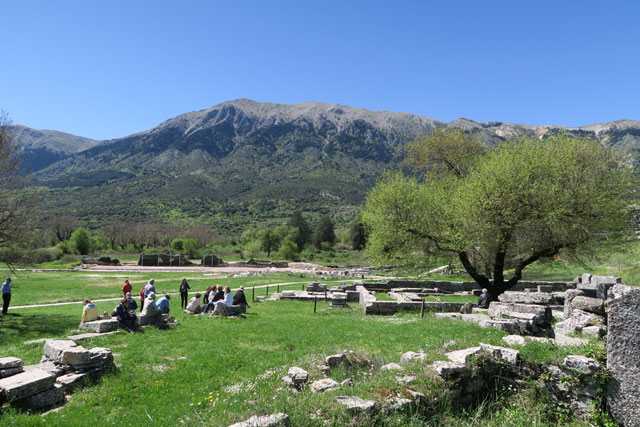 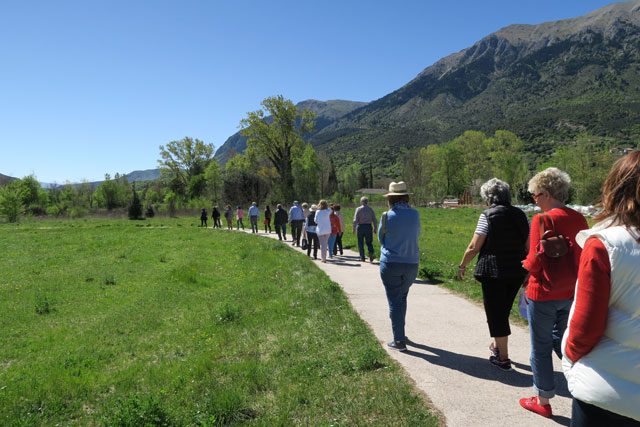 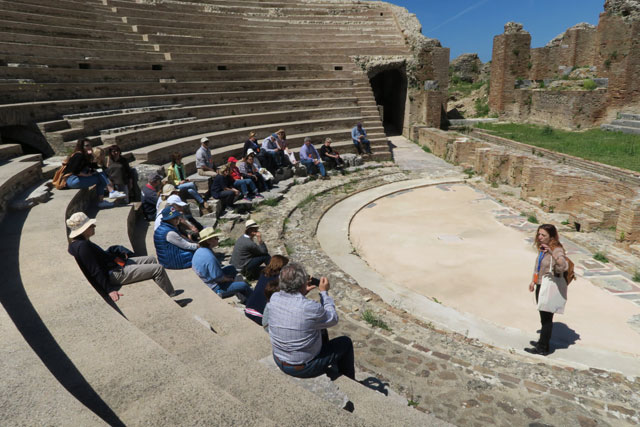 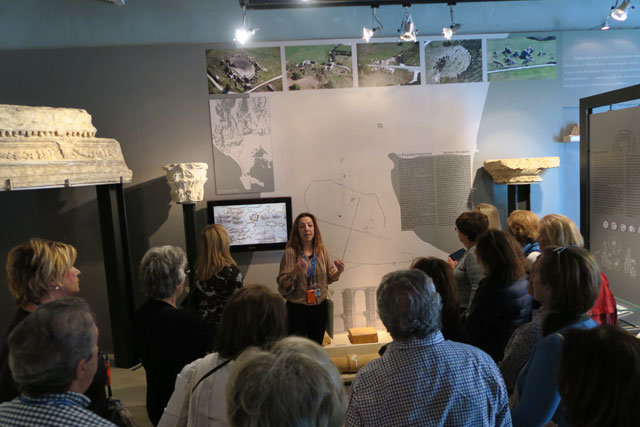