Trip to the Ancient Greek sanctuaries of healing

Trip to the Ancient Greek sanctuaries of healing

Explore some of the most important healing sanctuaries of ancient Greek antiquity and learn the secrets of healing in the ancient world.

Asclepius, the ancient god of healing, was the focal point of a cult that swept over Greece in the 5th century BC. Almost every city had an Asclepieion sanctuary dedicated to the health of its citizens through the worship of Asclepius. These sacred places were famous for their cures and thousands of people would visit them to be healed from various health problems but also mental health illnesses.

They were the first holistic medical care centers, combining experimental therapeutic methods with a variety of religious and magical elements. More than 300 Asclepieia existed across the ancient Greek world, from the times of the Trojan War up to the 6th century AD. They were built in locations of great natural beauty, rich in vegetation, with thermal springs and spectacular views. Buildings such as theatres, gymnasia and hippodromes, used by patients for physical exercise and recreation, were constructed next to the buildings where physicians were practicing medicine.

Sacrifices, prayers, proper nutrition, the intake of medicinal plants, the healing power of water, hypnotherapy, physical exercise, were the main prescriptions. However ancient Greeks also believed in the therapeutic power of art. Watching musical and theatrical performances was part of the healing process, the theatre was more than a place of entertainment, it was a place of catharsis, a way to relieve anxiety and emotional stress.

This holistic healing approach of the ancient Greek Asclepieia is now, more than ever appealing to the modern world! In this journey we will visit some of the most important healing sanctuaries of ancient Greek antiquity and will learn the secrets and the philosophy of healing in the ancient world. We will discover how ancient Greeks treated the body and the mind through the power of divinity, art and nature. 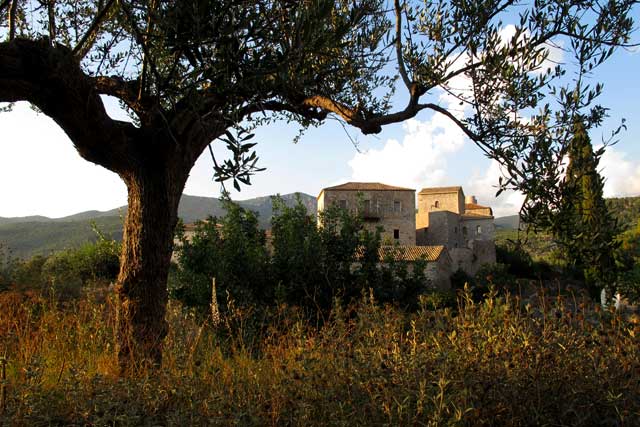 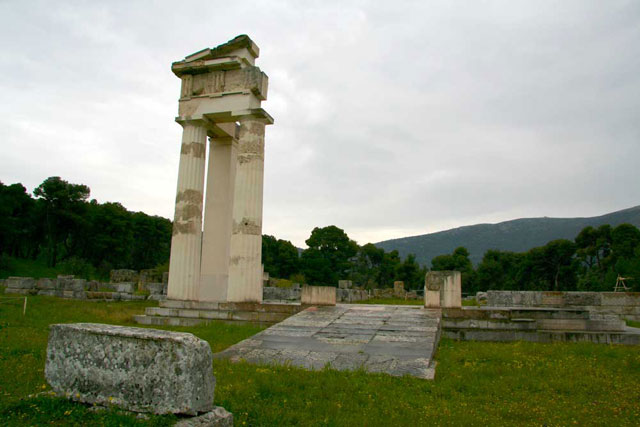 Epidaurus was the birthplace of Asclepius, the god of healing. We leave Athens and start our tour with a short stroll on an ancient footpath: the same ancient route that patients used to reach the Epidaurus sanctuary. Our next stop is the Asclepieion, the most celebrated healing center of the classical world. The main Epidaurus sanctuary included the Temple of Asclepius, the “Sanctum” and the “Tholos” (the Dome). On the same archaeological site we explore the Theatre of Epidaurus, where theatrical performances were taking place as part of the healing process, the Stadium and accommodation facilities for patients and their relatives. In the afternoon we visit one of the most impressive orthodox Christian monasteries, Monastery of Kaltezes where we will learn about Greek herbs and their traditional uses for natural healing. We end the day in Kalamata where we will have dinner and overnight.
2

Day 2: The Tomb of Machaon and Olive Oil tasting in Kardamyli

We travel southeast towards the beautiful village of Kardamyli. On our way we visit the Mycenean Tomb of Machaon, one of the sons of Asclepius. Machaon was a valued surgeon and medic of Ancient Greece following the footsteps of his father. It is believed he was buried in this tomb near the ancient city of Gerenia. Later we have a short walk on a historic footpath that connects the village of Petrovouni with Kardamyli, where we visit the older part of the city, the Troupakis castle and the imposing church of Saint Spyridon. After the visit to the castle we take a nice break for olive oil tasting. We taste an olive oil that originates from Koroneiki olives grown on the rocky seaside region of Mani, and has been awarded as “one of the world’s best olive oils”. Later on we head back to Kalamata, to take an evening stroll in the Old City and have a gastronomic experience with traditional Messenian food.
3

Day 3: Ancient Messene and visit to a vineyard

We leave Kalamata in the morning and visit the archaeological site of Ancient Messene, its theatre, the Agora, the Asclepieion and its Stadium. Our next stop is a Vineyard & Estate, which was founded in 1864 and has 150 years of history in the production of wine. We will taste the Greek varieties of Asyrtico, Robola and Agiorgitiko. The end of the day finds us in a village in the region of Elis, where we enjoy the magnificent sunset as it sets over the Ionian Sea. There we have dinner and stay overnight.
4

Our mythical journey continues as we drive to Ancient Olympia. We explore the archaeological site, the principal sanctuary of Zeus and site of the pan-Hellenic athletics competitions. The museum contains some of the most impressive works of classical Greek art. We depart for Nafpaktos where we visit the Sanctuary of Asclepius, which according to Pausanias, was founded by Falysios after his eyes were healed. Our last stop for the day is Delphi, where we have dinner and stay for the night.
5

The elite ancient Greeks would come to the sanctuary of Delphi to get the prophecies of the famous oracle of Pythia. Delphi was regarded as the centre of the world and was for many centuries the cultural and religious centre of ancient Greece. Visiting the archaeological site, exploring the sanctuary of Apollo, the tholos of Athena Pronaia, the stadium, the gymnasium and the theatre of Delphi, we immerse ourselves in the magical world of this ancient site. From Delphi we head to Arachova, where we stroll through the picturesque alleys and traditional cafés of the village. In the afternoon we return to Athens for a farewell dinner. 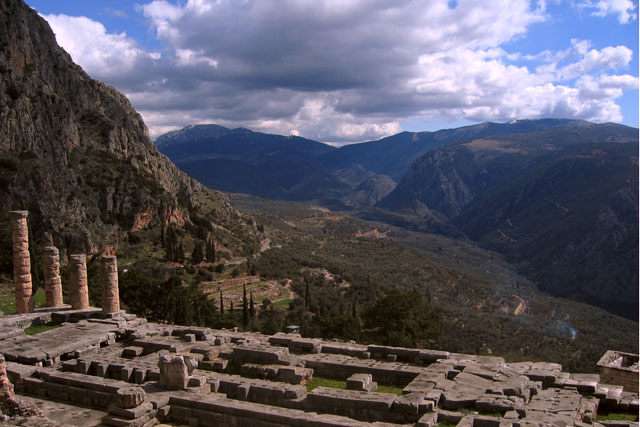 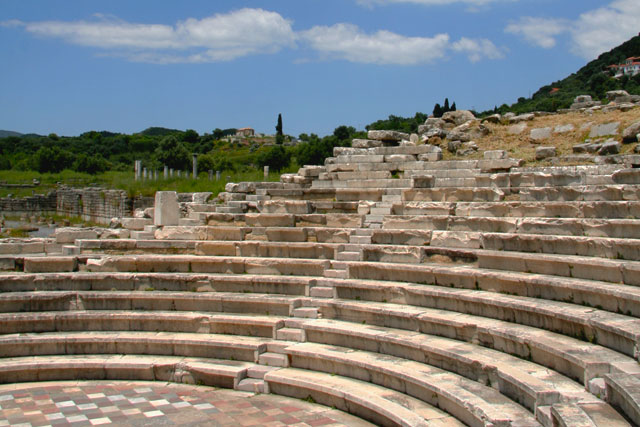 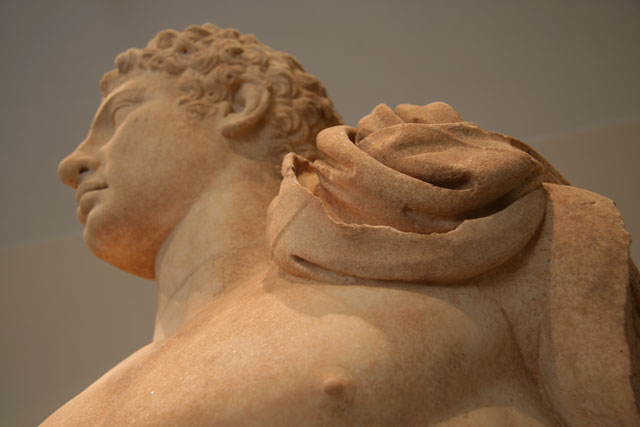 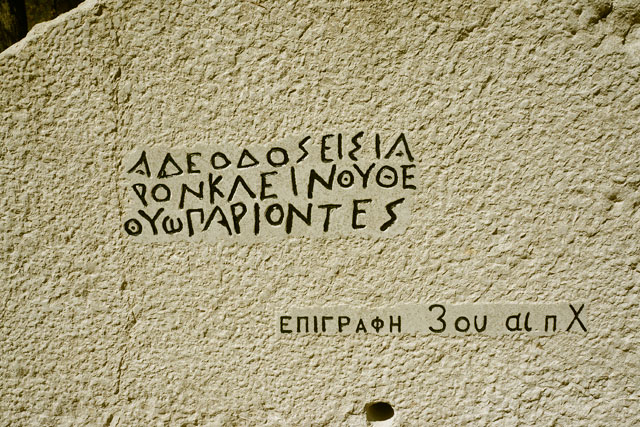 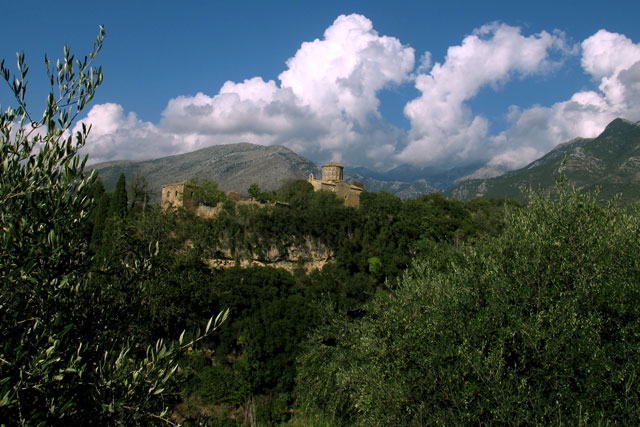 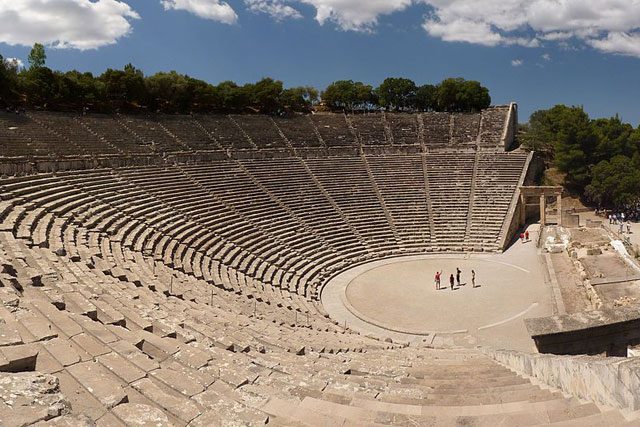 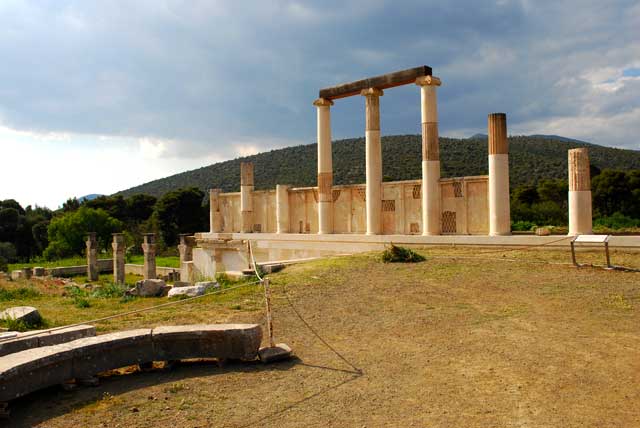 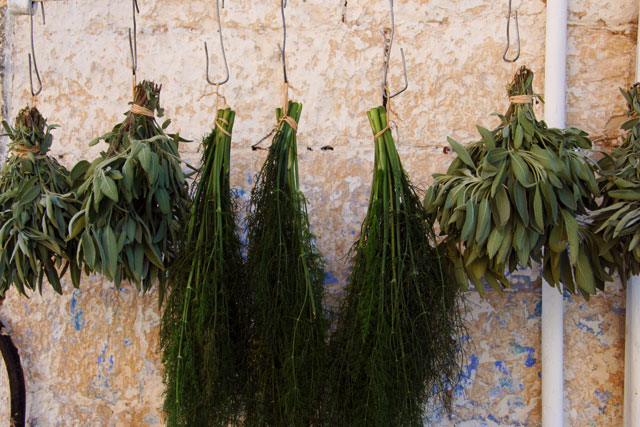